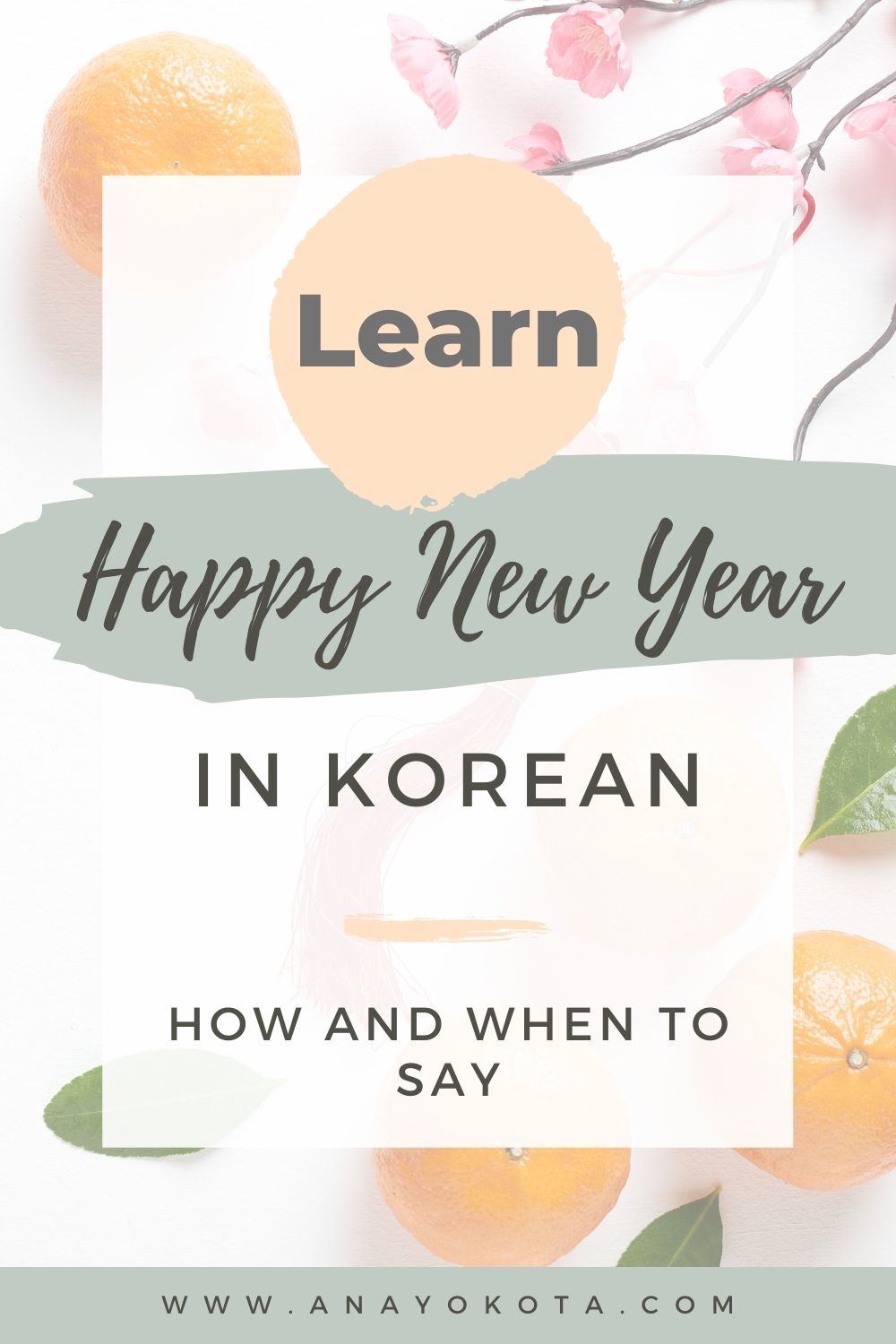 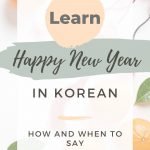 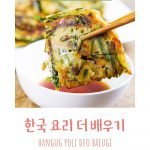 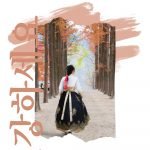 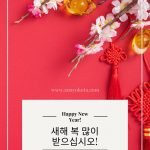 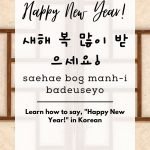 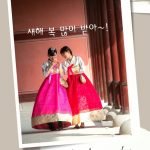 Learn how to say Happy New Year in Korean and be ready to show off your Korean skills during the Korean new years!

Before we dive deep into how to say Happy New Year in Korean, I’d like to first cover the most basic question: When do Koreans celebrate the New Year?

In modern day Korea, we acknowledge both the Solar New Year as well as the Lunar New Year. But the way that they are celebrated are culturally different. I’ll briefly explain the biggest differences between the two New Year days in order to better illustrate the various ways to say Happy New Year in Korean.

But of course, before I forget, I wish you all a very Happy New Year (the year of the rabbit). 2023 is here and I hope that you will embrace all that God has for you this year. Thank you for joining me. Whether you are new or have been here since my old blogging days, it is truly and honor to share with you tools to help cook, speak, and know Korean.

BONUS FREEBIE!!!: Scroll down to learn how to access the Happy New Year in Korean printable notecard!

Sinjeong is celebrated similarly to how many countries celebrate the new year. Typically, it is common to see countries that celebrate New Year’s Day on the Gregorian calendar countdown the hours, minutes, and seconds until the official change to the New Year.

Additionally, many Koreans adopted some of the foods eaten on the Lunar New Year such as rice cake soup (Tteokguk) and various vegetable side dishes (namul banchan) but it is not as grand as the actual Lunar Chinese New Year.

There is no difference on when the Lunar New Year is celebrated between Korea and China. Rather, what and how you observe the new year celebrations differ based on each respective culture.

Another huge cultural point in Korea is how age is calculated. Rather than turning a year older on your birth date, everyone turns a year older on the Lunar New Year. That doesn’t mean your actual birthday is not celebrated; rather, it is tradition to add a year to your age representing that this is the year you are turning one year older.

WHAT IS HAPPY NEW YEAR IN KOREAN

Whether you wish someone a happy new year in the Gregorian calendar or the Lunar calendar, saying happy lunar new year in Korean is used interchangeably on both days.

The first is formal, which is used to wish elders and those that you would like to present the highest honor.

The second is polite but slightly less formal. This is a more common and standard way to say Korean new year greetings.

Lastly, the third is very casual and mostly used amongst close friends and family who are closer in age (or younger than you).

The Most Formal Way To Say Korean Happy New Year:

I’ll break down the literal translation of each word so that it is easier to understand what you are saying.

Put it all together and it translates to: “I wish you lots of happiness this new year!” Or “Happy New Year!”

The main difference in this statement is the word, “받으세요” (badeuseyo), which essentially makes the phrase a little less formal. The meaning is exactly the same.

How To Say Happy New Year In Korean Casual:

Again the differentiating factor in this statement is the ending honorific conjugation, “받아” (bad-a).

Other New Year Greetings In Korean

Much like how we can spread well wishes in several different ways when we enter the new year, here are a few other ways to greet someone in Korean new year wishes.

Learning Korean culture through Korean words is a beautiful way to start a list of new year’s resolutions. To help you get started, here are the most common English resolutions translated into Korean phrases.

What are some of your new year’s resolutions? Perhaps it is cooking more Korean food or simply focusing on personal development.

Join the Ana Yokota Family (AYF) to get this cute Happy New Year in Korean printable notecard! It’s FREE to join and I guarantee your information is not shared with anyone.

I hope this inspires you to celebrate a happy lunar new year Korean style! 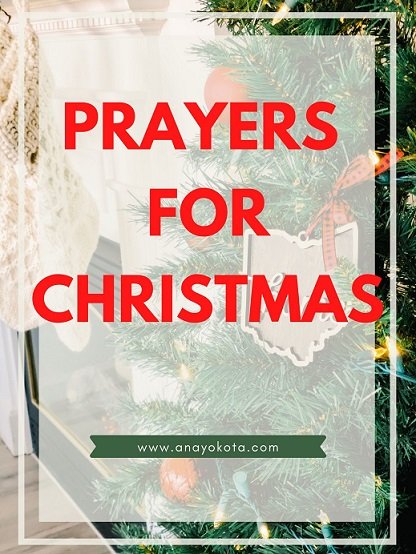 This post may contain affiliate links. Please read my disclosure policy for more info. It’s never too early to pray. May these prayers for Christmas provide inspiration as you prepare for the upcoming Christmas season. My husband and I pray all throughout the year for many reasons. For example, one of the prayers we continue to… 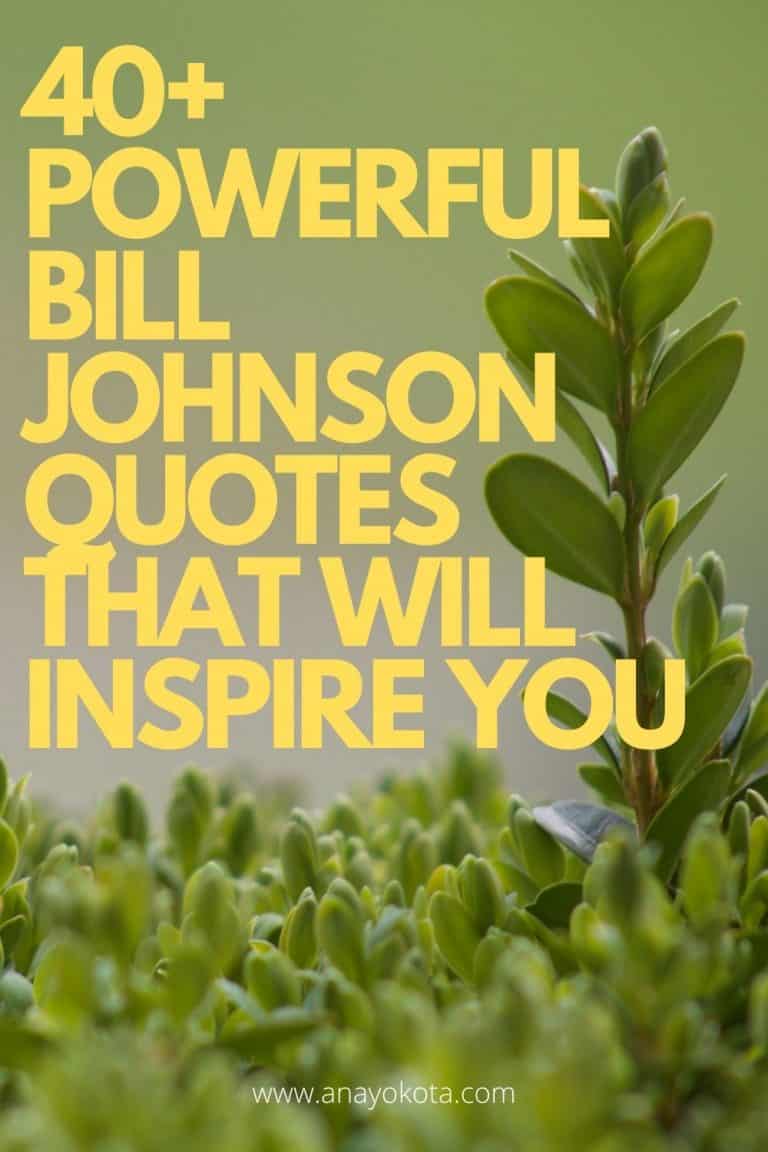 This post may contain affiliate links. Please read my disclosure policy for more info. May these powerful Bill Johnson quotes inspire you to connect with God. Bill Johnson is a 5th generation pastor at Bethel Church.  Bethel Church in Redding, CA has changed a lot over the years and I have watched this beautiful home… 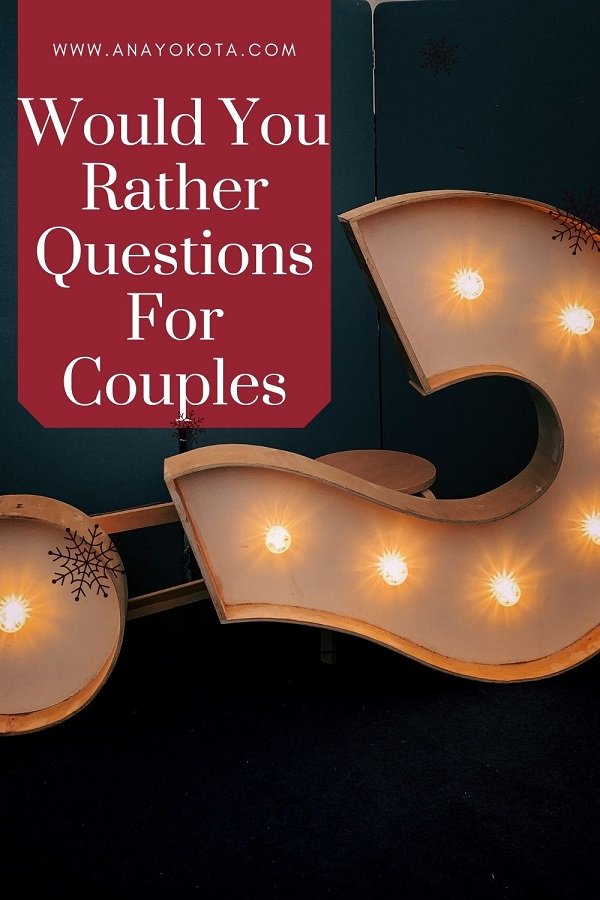 This post may contain affiliate links. Please read my disclosure policy for more info. Use these fun and interesting would you rather questions for couples as great conversation starters. It’s a great way to bring laughs and know more about your significant other. I love this game and play it all the time in real… 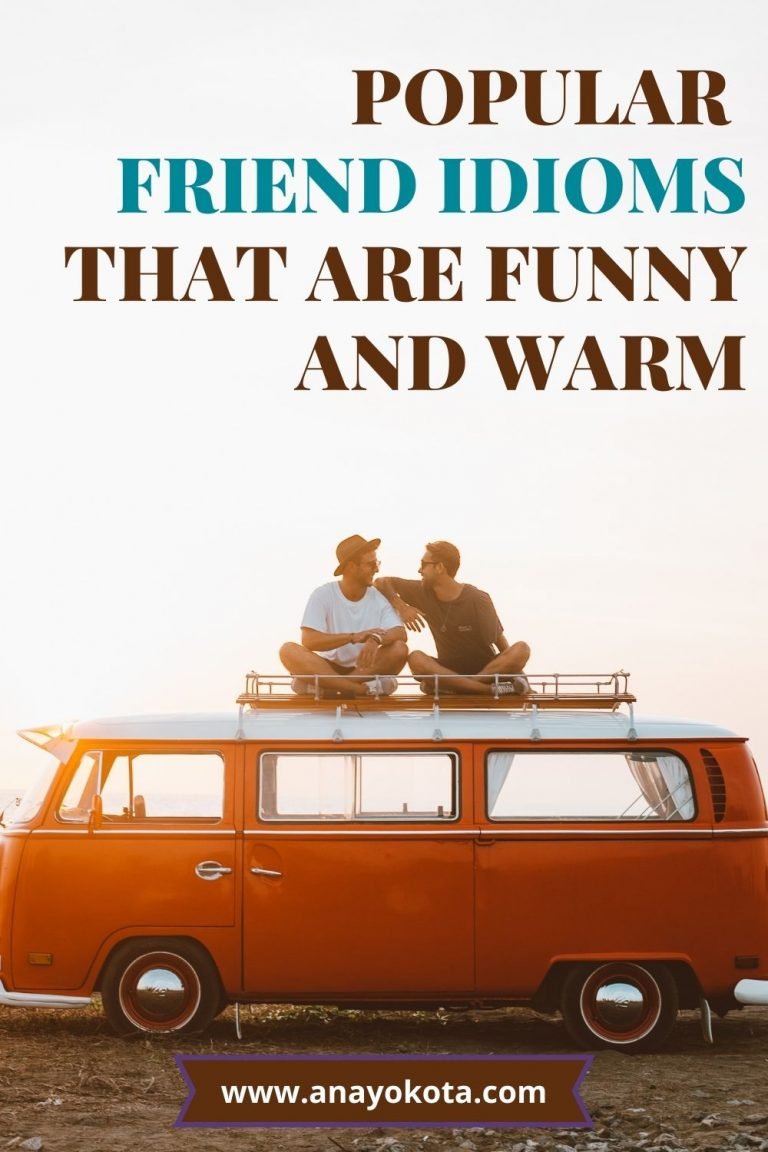 This post may contain affiliate links. Please read my disclosure policy for more info. Enjoy these popular friend idioms that are funny and warm. Share them with a buddy you know and bring a smile to their face today!  WHAT IS AN IDIOM According to Dictionary.com and idiom is an expression whose meaning is not… 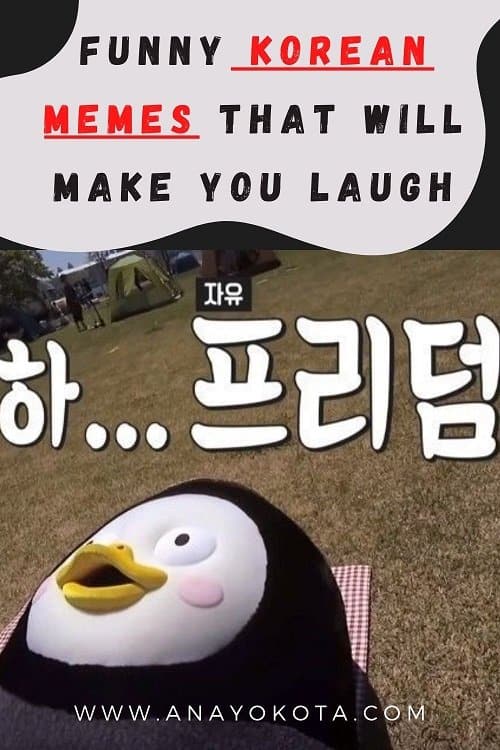 This post may contain affiliate links. Please read my disclosure policy for more info. Keep reading to brighten your day with these funny Korean memes that will make you laugh.  Are you a Korean Drama (K-Drama) or Korean pop music (K-Pop) fan? Join the club! You may take the girl out of Korea but you… 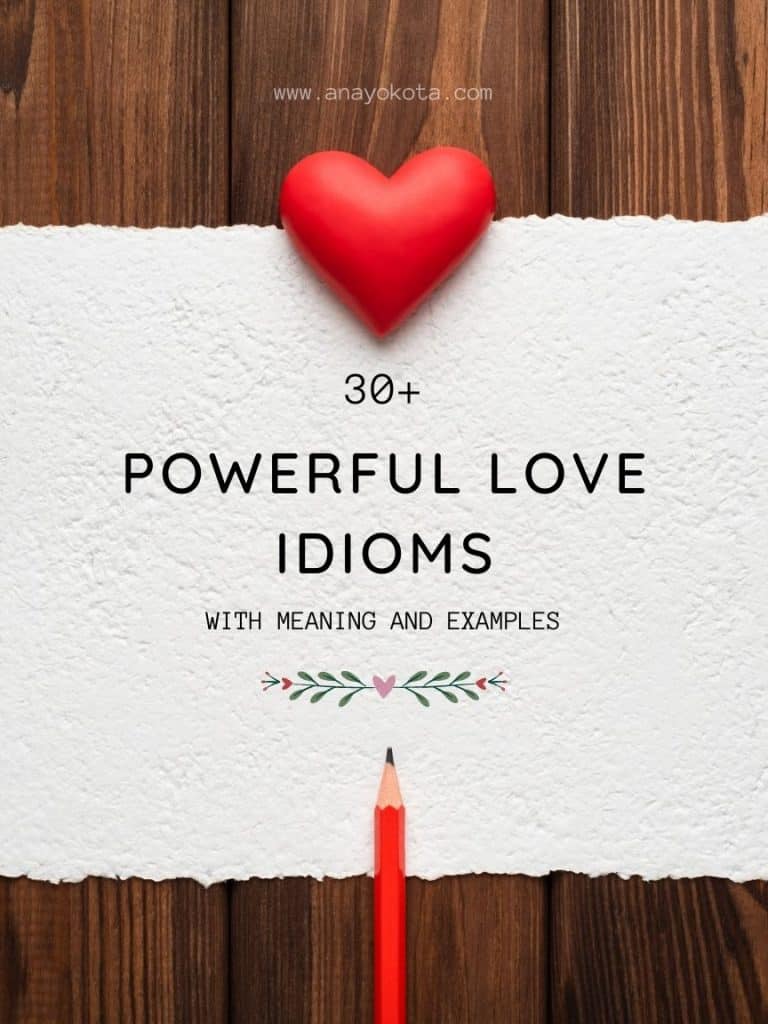 This post may contain affiliate links. Please read my disclosure policy for more info. Love is a beautiful and poetic subject to put words together and form love idioms and phrases. Express your love to your special lovebug today! Before we get started with love idioms, I simply wanted to go over the meaning of…