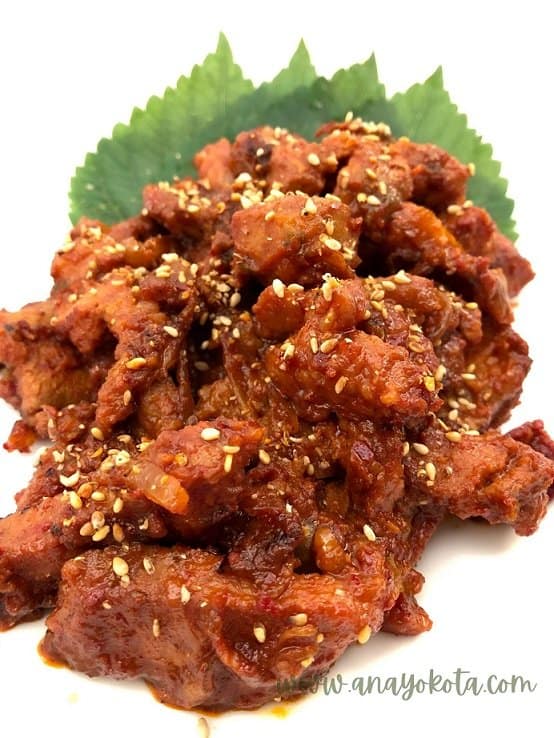 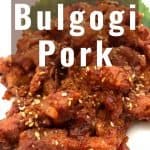 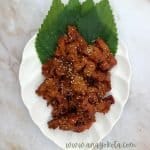 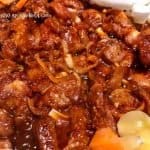 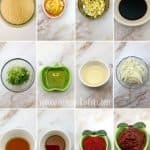 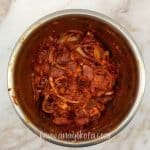 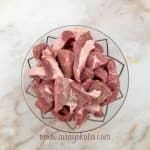 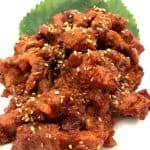 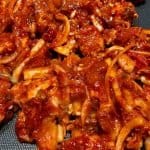 Spicy bulgogi pork will take BBQ pork to the next level with its sweet, savory, and spicy flavors that celebrate the essence of Korean food. This spicy lip smacking bulgogi pork recipe is so addictive and best of all super easy and fast to make.

Bulgogi pork is a staple recipe in every Korean cooking family I’ve met. Not only is pork bulgogi marinade very popular, it is also very easy to make in advance. I love how well it keeps in the fridge and can easily be stored in the freezer for a later meal.

My husband and I love spicy food so much we almost always need something with a kick on the table. So, when I made my Korean pork bulgogi recipe for the first time for my husband, his eyes widened as if he couldn’t believe the goodness in his mouth. The flavors of sweet, spicy, and nutty all in one bite is truly mesmerizing over a steaming bowl of purple rice.

Needless to say, the spicy pork bulgogi recipe has been somewhat of a ritual in our home when we are craving for that Korean spice.

Every time I prepare this dish for guests, they always ask me for my recipe. There really isn’t a magical trick to this dish; rather, I simply go pretty heavy handed on the ginger and garlic, which cuts the grease-y flavor making it very addictive to the palate.

WHAT IS SPICY PORK BULGOGI

There are few popular names for the Korean pork recipes and in case you were wondering, I’ll provide each name along with its translations:

All three of these Korean names are essentially the same dish. However, depending on the restaurant or person, they can be called different names.

What Is Bulgogi Pork Tenderloin?

Pork tenderloin is the cut of meat that comes from the pig’s backbone. It is a slender and long cut of meat that is sold boneless and also considered one of the most popular cuts for making pork bulgogi

You can use pretty much any type of pork that has a good amount of meat (bulgogi pork chops, tenderloin, shoulder, ribs, leg, etc…). However, my favorite cut of pork meat when cooking this pork bulgogi recipe is either the butt, shoulder, or belly as it contains a good amount of fat ratio within the meat.

The most traditional method of eating bulgogi pork is with rice and Korean side dishes such as kimchi, Korean pickled daikon, seasoned spinach, and fresh perilla leaves and red leaf lettuce.

Bulgogi pork tacos are very easy to make. Rather than using your normal taco meat, replace it with ground pork bulgogi.

Additionally, you can also make delicious fusion quesadillas using this sliced pork recipe along with chopped kimchi. With home cooking being a more creative and inspiring platform, you can add bulgogi pork on all sorts of dishes. What will you try? Bulgogi pork pizza? Yum!

Can you freeze pork bulgogi
Yes. You can freeze pork bulgogi. The best way to freeze pork bulgogi is when it is still raw in an airtight freezer bag such as a Food Saver. When you are ready to cook the meat, simply pull it out the night before and allow it to thaw in the refrigerator. You can certainly freeze bulgogi cooked as well but I find that reheating cooked meat does not have the same texture as cooking it from its raw state.

Where to buy pork bulgogi?
Though I prefer pork bulgogi made from scratch at home. I understand the need for something quick when you’re in a pinch. Most Korean supermarkets now sell pre-marinated pork bulgogi right in their open refrigerator section. I have seen markets such as H Mart, Zion, and Arirang carry pork bulgogi.

How to cook bulgogi pork belly or how to make bulgogi pork for samgyupsal?
When making bulgogi with pork belly (samgyupsal) at home, it is best to let the meat marinate for at least 30 minutes to overnight and then grilling over a very hot grill or cast iron skillet.

Is bulgogi beef or pork?
Traditionally bulgogi is beef and when Koreans think bulgogi pork, they are referring to the spicy bulgogi marinade.

What is bulgogi made of
There are so many different variations of bulgogi. But the most common version of bulgogi pork will always use pork meat, garlic, ginger, soy sauce, gochugaru (ground chili peppers), gochujang (Korean red pepper paste), sugar (or sugar substitute), mirin (or white wine), and sesame oil.

Easy and delicious spicy bulgogi pork that can be ready in no time! Make for dinner on a weekday or impress your family and friends during your next get together.

Spicy pork bulgogi is a great dish to introduce to your friends and family who want to try traditional Korean food. Remember, if you want to ease up on the spice level, simply reduce the amount of spice and add more soy sauce.

My family loves this recipe and I hope you will love it too. If you give this Korean pork recipe a try please tag me on social media. All my social media handles are ajYokota and I would love to see your creations!

Ana lives in Southern California with her husband and is expecting a bouncing baby boy. She has traveled the world all her life and is a home cook aspiring to use simple and fresh ingredients to make Korean cooking accessible to foodies everywhere. She enjoys cooking, traveling, and game nights. 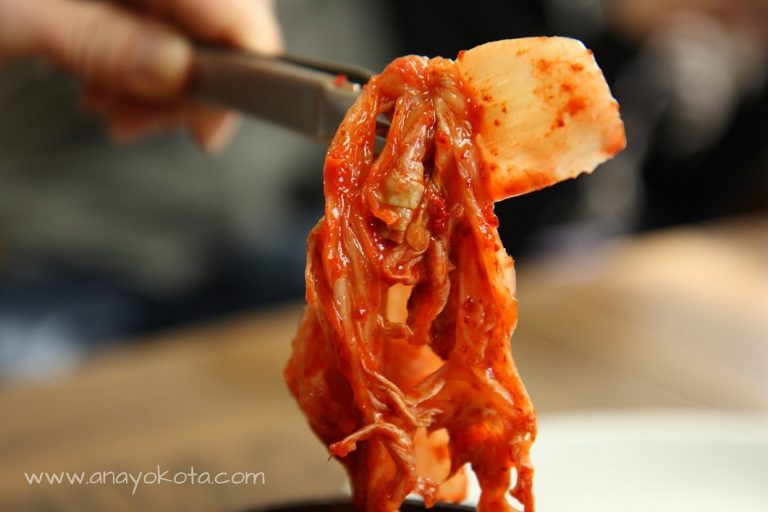 This post may contain affiliate links. Please read my disclosure policy for more info. As Korean food takes the world by storm, people may wonder what does kimchi taste like? Search no further as I break down the taste, history, and ways to eat this delicious Korean staple. If you’ve ever been around Korean food,… 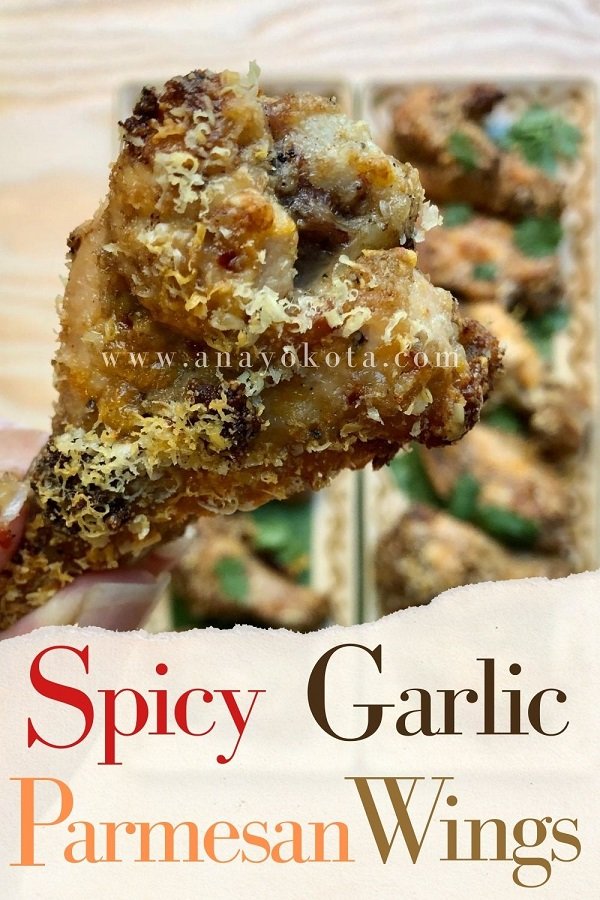 This post may contain affiliate links. Please read my disclosure policy for more info. It’s healthy, crispy, spicy, garlicky, parmesan chicken wings — finger licking good. Learn how to make spicy garlic parmesan wings today! I am embarrassed to share that In all my singlehood, chicken wings always meant something from a fast food or… 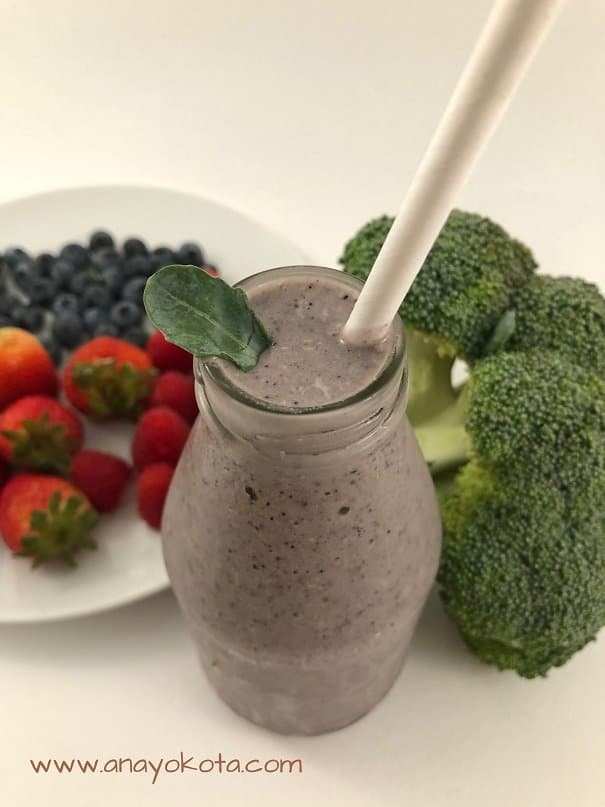 This post may contain affiliate links. Please read my disclosure policy for more info. Join me in breaking down the health benefits of broccoli and how it can be deliciously blended in a smoothie that everyone will truly love.  I don’t know about you but when I first heard of “broccoli smoothie,” I was not… 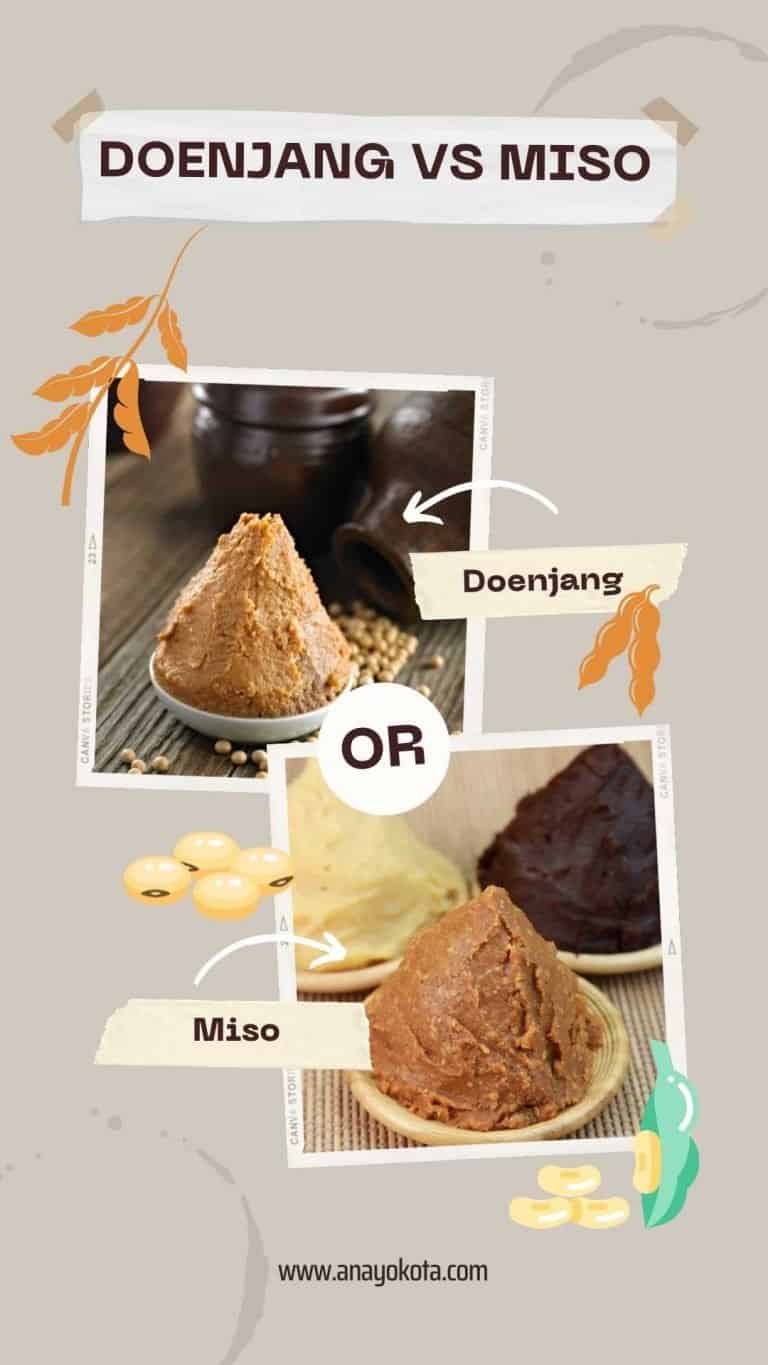 This post may contain affiliate links. Please read my disclosure policy for more info. The flavors of doenjang vs miso can sound similar but actually have quite a few differences. This article shares a beginner’s guide to everything you need to know about doenjang vs miso. At a glance people may think that there is… 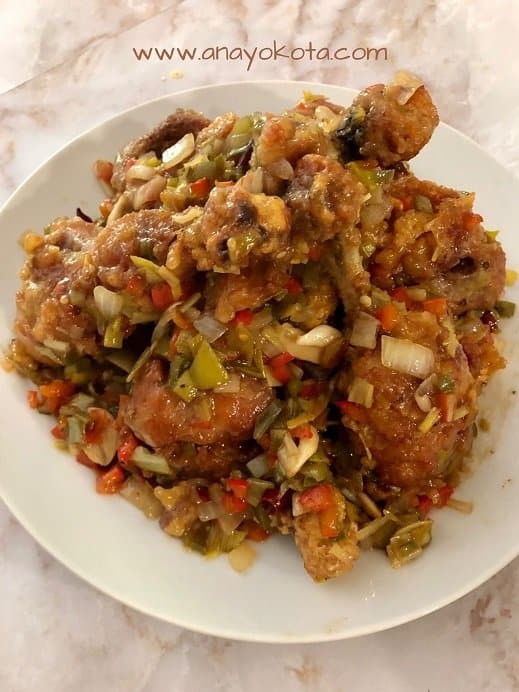 This post may contain affiliate links. Please read my disclosure policy for more info. Kkanpunggi is a mouthwatering combination of sweet and spicy flavors smothering crispy fried chicken. Infused with garlic, this is a must try recipe! Kkanpunggi is sautéed with diced vegetables, spicy chili oil, and mouth watering fried chicken, which is a super… 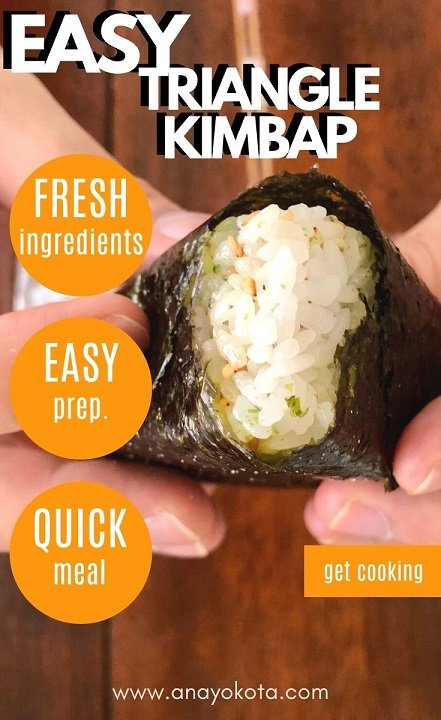 This post may contain affiliate links. Please read my disclosure policy for more info. Learn and make these delicious and easy triangle shaped kimbap at home. Triangle (Samgak) kimbap is quick and even fun to make with kids.  Traditional Korean kimbap (gimbap) is similar to a Japanese sushi rice roll (nori maki). These rolls are…